ALL ABOUT THE DSG TRANSMISISON

What is a dSG and how do they work? 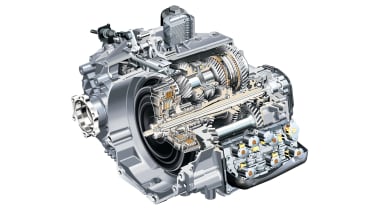 With the DSG (direct-shift gearbox) transmission, a dual-clutch automatic, Volkswagen and Audi made one of the biggest impacts in the industry in 2003, providing an efficient option that offers reliability and great power. And, it has the least downsides of all transmissions.

The main difference between the DSG6 and the DSG7 is the Clutch System. Where the DSG6 uses wet multi-plate clutches, the DSG7 gearbox uses two dry plate clutches. In addition, the DSG7 has an extra output shaft to which the reverse gear is linked.

The DSG is effectively two separates electronically controlled manual transmissions built into one, where it is operated in a fully automatically mode and the computer decides when and how to shift the next gear. But it can also be operated in semi-automatic mode where the driver uses a gearshift lever to select gears.

Volkswagen DSG transmissions uses a transaxle design, which means that the same transmission case houses both the gears, using a torque-splitting differential so the axle shafts can operate at different speeds. A DSG-equipped vehicle has a flywheel, which fits into the input shaft of the transmission, and is engaged by a clutch. This causes the transfer of power from the engine to the drive wheel, through the transmission.

A mechatronic unit is the control centre of the gearbox and is only found in DSG transmissions. The Mechatronic unit is able to pre-select the next gear that you need before engaging the clutch and performing the shift, since it is working with two transmissions. This unit causes the DSG to shift gears at a very fast speed by simultaneously disengage one gear as it engages the next to deliver more power. The DSG makes driving in traffic, to hitting back roads or race tracks much more convenient.

The Controller Area Network (CAN) bus is a message-based protocol designed to allow the Electronic Control Units (ECUs) found in today’s automobiles, as well as other devices, to communicate with each other. The Mechatronic unit works with other control units in the vehicle, such as the ECU (Engine control unit) and the ABS braking system. A variety of factors contribute to the “decision” of the Mechatronic unit of how and when to select gears. This includes factors such as vehicle speed, engine speed, throttle position, brake pressure, and g-force measurements from the accelerometers in the car. Thus, the Mechatronic unit knows exactly which gear you’re going to want next, whether you are accelerating, braking, or cornering

The components of a mechatronic unit are:

So basically, if you’re just driving along in traffic and not accelerating or braking with a lot of force, the transmission will work its way up or down through the gears easily, ensuring smooth performance. The shifting of gears at low revs also contributes to maximum fuel efficiency. When stepping on the accelerator to drive at a higher speed, the Mechatronic unit hold the gear longer due to the increase of power from the engine. It shifts to the next gear faster. A DSG transmission can perform a complete shift in about 200 milliseconds.

Most DSG-equipped models also feature a ‘Sport’ mode in addition to ‘drive’ or ‘manual’ modes. Sport mode changes the programming to be a bit more powerful and not as focused on maximum efficiency and miles per litre of fuel. In Sport mode the transmission changes gears faster, hold gears longer, and downshifts to make use of engine-braking. On many vehicles, Sport mode may also cause changes to the responsiveness or power of the engine, firmness of the suspension, or make other changes to enhance the driving experience.

There is one issue that some people have with the fast-shifting of the DSG vehicles, namely the “DSG fart”. If you own a DSG-equipped vehicle, you’ve probably heard a loud ‘crack’ sound coming from the exhaust between hard acceleration.

The sound is simply because of the engine computer pulling timing from the ignition cycle when the shift occurs. This contributes to the smooth changing to the next gear. A small amount of unburned fuel passes into the exhaust on this process and ignites, creating this sound.

In the newer Volkswagen and Audi DSG-equipped vehicles this sound tends not be so clear and loud, because of the changes in transmission design, engine specifications, and programming.

HISTORY OF THE DSG TRANSMISSION

The first dual-clutch (DSG) transmission was invented in 1935 by French engineer Adolphe Kégresse. Although it has been rejected for a few years, his idea contributed to the invention we know today.

The 2004 Audi TT 3.2 Quattro was the first DSG-equipped vehicle. Volkswagen only decided to provide the DSG as an option for their own vehicles until mid-2005, in the then-new Type 1K PQ35 Mk5 Jetta TDI.

Volkswagen and Audi have typically used DSG and S Tronic DCT transmissions in their sportier models, such as GTI, GLI, CC, and select R models from VW, most S and RS models from Audi, and nearly all TDI-powered vehicles from 2006 on.

The majority DSG transmissions have proved to be extremely reliable, but like any other vehicle component, they are not completely without faults or problems. It is necessary to do proper service and maintenance on this transmission, using high-quality parts and fluids.

The majority DSG transmissions have proved to be extremely reliable, but like any other vehicle component, they are not completely without faults or problems. It is necessary to do proper service and maintenance on this transmission, using high-quality parts and fluids.

Like many other parts, the transmission and engine mountings can wear over time. This may cause hard clunking noises coming from the position of the transmission. Your specialists should always check the condition of the mountings when performing a gearbox service. Driving a lot of bumpy or gravel roads causes the engine and gearbox to vibrate and then leads to quicker mounting-wear.

The most common wear-related issue of the DSG transmission is probably the failure of the mass flywheel. When the vehicle is failing to select gears, especially from a stop, it may indicate flywheel wear. You may also experience vibration and clear noises when driving. TDI models are most affected by flywheel failure due to the excessive vibration of a diesel engine.

When you fail to replace a bad flywheel, it can damage the bellhousing (part of the transmission that covers the flywheel) and other parts of the transmission. It is best that you immediately stop driving the vehicle or get it inspected should you suspect, there might be flywheel issues.

Another DSG transmission problem can be caused by the clutches. The clutch packs themselves can eventually wear and require replacement. The wear of the clutch might be to an underfilled transmission, which fails to proper lubricate the clutches. Thus, it is important to service your DSG transmission regularly to replace the transmission fluid. With factory power levels and programming, it is unlikely that the clutches will ever need to be replaced if the car is serviced properly. One of the great benefits of the ‘wet clutch’ is that it can last very long, sometimes lifelong, when vehicles are being service regularly and properly.

Like any other production of goods, there is something like a bad batch. It has come to the industry’s attention that Volkswagen DSG-equipped models between September 2008 and August 2009 were manufactured with a bad batch of Mechatronic units. There was specifically a problem with the transmission temperature sensor, resulting in the transmission going into neutral, even when a different gear is selected.  Most of these faulty Mechatronic units should have been repaired by now, by the Volkswagen dealer themselves.

MAINTENANCE ON YOUR DSG TRANSMISSION

It is very important to perform regular services on any DSG transmission with the best quality fluids and filters.

Make sure that the transmission fluid is filled with the correct quantity for it is possible that when it’s hot, the fluid might be pushed out of the overflow vent on top of the transmission case.

Except for the fluid service, DSG transmissions don’t have any other regular maintenance requirements. Clutches and flywheels are service-free as long as they are functioning correctly and will benefit from regular fluid changes. Related components such as engine and transmission mounts, should be checked and replaced as needed, as well as the CV drive axles. 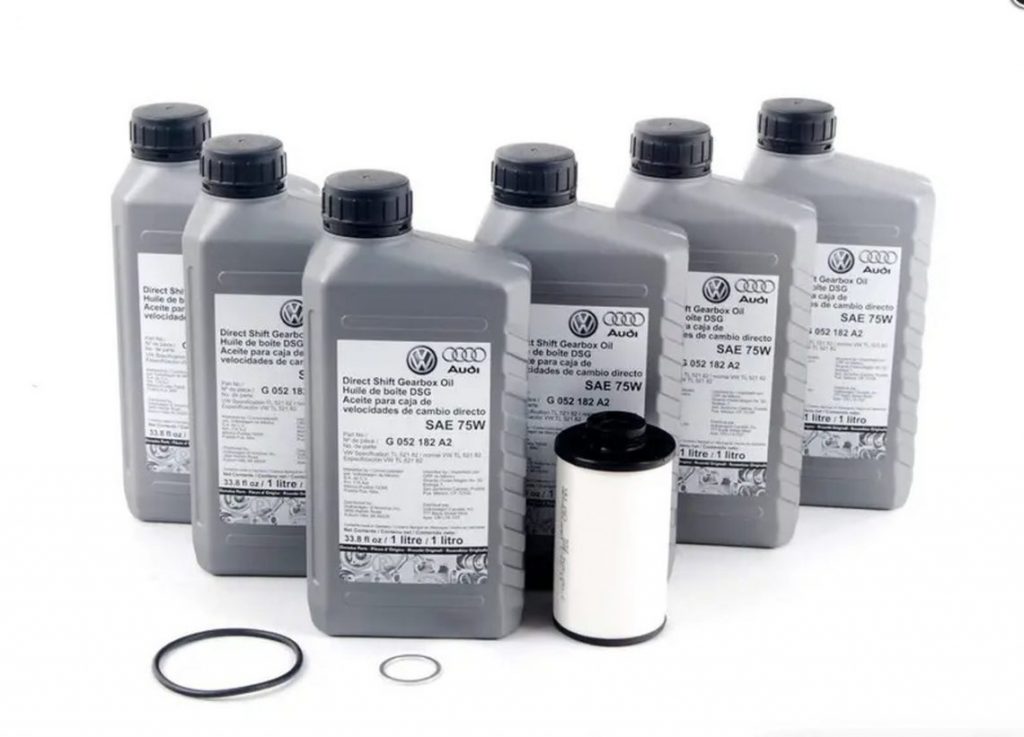 When using your DSG vehicle on-track, it is wise to do the transmission service as often as from 30000 kilometres.

At VAG Spec Centre, we have qualified DSG specialists that can service or repair you DSG transmission. Contact us today for any queries or quotations.

WhatsApp Chat is free, download and try it now here!