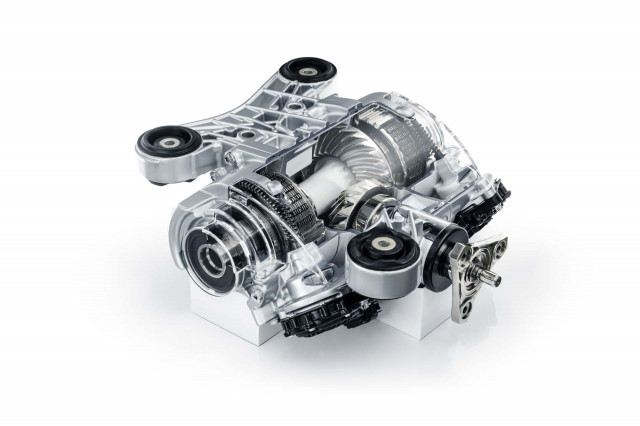 The new RS3 is the first Audi to have an RS Torque Splitter, a device which distributes drive torque between the rear wheels in a fully variable manner.
A split torque transmission is a form of automatic motor vehicle transmission which is able to send power to two separate places at once, and even control how much power is sent to each output source. Such transmissions were first invented for use in helicopters, to control both main and tail rotors at once.
Powered by a 2.5-litre 400hp/500Nm five-cylinder engine, the compact RS3 hits 100kmh in 3.8 seconds before peaking at 290kmh.
How does the RS Torque Splitter work? Unlike the rear axle differential and the previous multiple disc clutch package on the rear axle, the torque splitter uses one electronically controlled multiple disc clutch each on the respective drive shaft. During dynamic driving, it increases the drive torque to the outer rear wheel with the higher wheel load, which significantly reduces the tendency to understeer. In left-hand curves, it transmits the torque to the right rear wheel; in right-hand curves to the left rear wheel; and when driving straight ahead, to both wheels. This result in optimal stability and maximum agility, especially when cornering at high speeds. When driving on closed roads, the torque splitter enables controlled drifts by applying all of the engine power to just one of the rear wheels- up to a maximum of 1,750 newton meters of torque.

Why does the torque splitter improve driving performance? Due to the difference in propulsive forces, the car turns into the curve even better and follows the steering angle more precisely. This result in less understeer, earlier and faster acceleration when exiting corners, and particularly precise and agile handling.